The festival is held annually to promote documentary cinema, the formation of its high socio-cultural status, exchange of experiences and ideas between filmmakers, promoting creative youth in the field of cinema, promoting the best examples of documentary films to a wide audience. Fostering a sense of patriotism and love for the native country, respect for its history, national and cultural traditions.

The idea of holding the festival belongs to Hanna Levkivska.

In an era of total domination of glamorous style, we want to attract as many thinking people as possible, both on the part of the viewer and the artist. The main protagonist of the festival is the director! The “short meter” format is the best platform for an independent position and artistic experiment, because with the total domination of mass culture, the “short meter” remains a space free from pressure and mainstream stamps.

We are convinced that non-fiction art cinema should belong to everyone. We intend to make its samples, its experiments and its achievements, the property of a professional audience and the interested public. Thus, documentary art cinema will be introduced into the circle of current culture and will be the subject of reflection and discussion in the cultural environment.

The festival program includes a competition program, professional discussions, seminars, workshops, creative meetings with the audience, round tables on current issues of cinema, tours (read more in the “Program”).

We invite all people who are not indifferent to documentary cinema, fans of cultural and social events on various topics, to become participants or guests of the next festival. 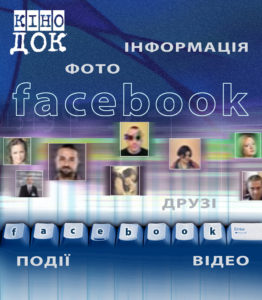